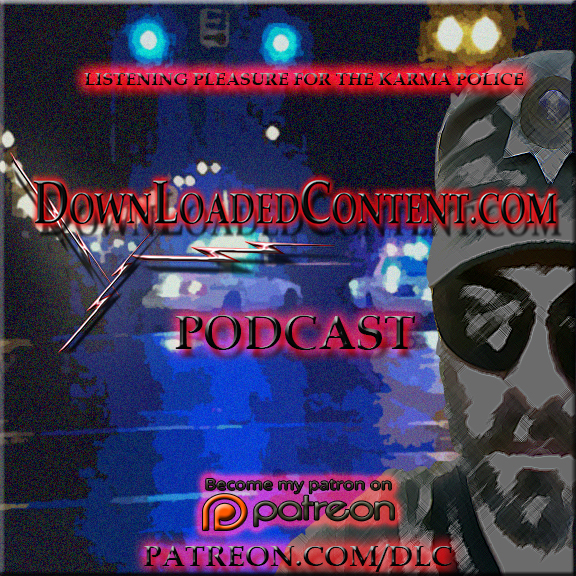 HAVE YE NOT READ? (a video reading of the following article)

After doing the radio and internet circuit for my first book and previous work at a former website, more than a few people suggested to me that I should think about doing a show of my own or at least become a regular from time to time. Having always been a writer or storyteller at heart that was never something I had considered doing. However at the time I was having a great deal of fun in the world of the media and the idea struck me a certain kind of way. Being able to directly speak to an audience verbally was in a way very much akin to writing but seemed intimate in a different manner. Sometimes the ears can pick up on a narrative far better than the eyes. I figured it might be worth a go so long as I was able to say the things I wanted to say in the manner in which I wanted to say them without worrying that my freedom of expression would be restricted or threatened.

After wading into the pool of being a regular guest on a handful of shows, I took the time to think about exactly what I would do if offered a time slot somewhere and the first thing that was mandatory is that it could only be defined as different. That gave me a starting point on what I certainly didn’t want to do which is so prevalent around us. I didn’t want to do a news type thing because what fun would that be right? I didn’t really want to do a political thing because let’s face it; politics for the most part is a really generic puppet show. I didn’t want to do some new age powderpuff and glitter deal because most of those are modern day Jimmy Swaggart Telecast’s and I most certainly didn’t want to do an “alternative media” type show which as of late all seem to be really blurry carbon copies of a certain conspiracy king in Texas. I didn’t want to do the over-glorified shop at home host in a vague infomercial, hocking books I haven’t read or products I would never try either. Nevertheless I realized that a dash of all of that was useful if properly approached and discussed. Maybe a little politics here, a dash of pop culture there. Perhaps chatting about metaphysics, homeopathy and yoga a time or two. Suggesting a book or a novel whose pages have actually caused me paper-cut or discussing philosophy, spirituality and religion with humor and flippancy if mixed in the correct measurements would indeed make for good listening. What I really wanted to do was discuss the things that have or could actually enrich my mind, body spirit and soul for the purposes of it spreading to others who would benefit. After all, you can’t sell what you don’t really believe in and what I really believe in is that Life, whatever Life is, happens to be good. Sure it can get scary sometimes, sad sometimes, stressful sometimes and even unjust but when you really stop to take a breath and consider existence it sure beats the alternative. I guess (silly me) that was kind of what I wanted to present to a listening audience; information, encouragement, enlightenment, humor and of course my favorite which happens to be Hope.

When I was finally offered a time slot on a network that was kind of exactly how I pitched what I would do on the air. So yeah…I lasted about ten shows before politely being dismissed. I felt pretty good about that seeing as how I had put all my chips on being dismissed nine shows prior. It was a nice education for me in that I confirmed that behind the scenes of “alternative media” politics was worse than main stream and the level of dramatic bullshittery, egotism, infighting and backstabbing was on par with a mud wrestling contest at Arkham Asylum. I was also enlightened to the fact that being on a network of other hosts simply means you have multiple avenues of being censored or shutdown than if you just did your thing on your own, free and independent of pirate ship, mob mentality. The great thing about doing the “alternative media” scene however was the guests and the direction the conversations went when the end agenda had little or nothing to do with hocking rehashed information. Where I really got my jollies was when the guests stayed online with me long after we went off air and the formal demeanor and reservations were completely put to the side and paid no further mind to.

What I really found was that when you and whoever you were talking to didn’t have the constraints of live radio such as time, adherence to a “brand” regardless of if it was a spoken prerequisite or not from the network and the quasi-defensive reaction to knowing that many other people may be listening; ideas became much more rich, real and useful. With an atmosphere of a relaxed, personal conversation rather than a format which had to be book ended by really shitty bump music and a commercial or two; both the guests and myself became more fluent and free. The off air conversations are what really had the flavor of what I wanted while I had them on the air yet under a gun. Knowing full well that after my stint with networks there would be no one out there who would really put up with the truly bizarre and delicious avenues of thought my guests and I would go it was apparent that I would just have to put this different idea of “radio” out there myself.

As I tested it out by approaching a few guests with the idea that this would be more of a personal conversation that might or might not be published as a podcast, I found that most of them were very comfortable with the idea of being recorded and save for context, unedited for others to spy in on from time to time. The beauty of it was that some of the internet age’s cult of personalities seemed to become more and more like real human beings the less commercially I spoke to them and as a result better and better information rose to the top. That is the type of podcast I wanted to share with all of you because quite honestly that is the type of podcast I would want to listen to myself. It’s like Alan Watts always says; do what you love because there will always be someone out there that loves what you do.

So click on the appropriate menu tabs at the top or sidebars to get started in my audio Frankenstein at your leisure. I want to let you know that the Down Loaded Content Podcast is a thank you to all of you who have supported me and my work from the past to the present and Universe willing far into the future. You can download the podcast from the site here (DOWNLOADEDCONTENT.COM) or listen in on I-tunes, Stitcher, Tunein etc. etc. and of course watch the YouTube version at the Down Loaded Content channel. If my forms of expression benefit you, uplift you, make you laugh, think or relax then by all means; like everywhere, subscribe everywhere and share everywhere. If you are really smitten with me (but not in a Kathy Bates sort of way) then don’t forget to become a patron of DownLoadedContent.com by going to patreon.com/dlc and pledging on a regular basis to keep the goods coming harder, better, faster and stronger. Thanks Down Loadee’s and as always, feel free to contact me with your feedback. I love ego food…just keepin’ it real.

A VIDEO TO PLAY US OUT…